Los Angeles, 08. Mar 2019  |  As the first –  and for the time being only – US state California has introduced in august 2018 data protection law. The California Consumer Privacy Act 2018. Scott Lyon of  M&R Orange County explained that the Act protects Californian individuals including foreigners who live in California, but not tourists. The law clearly defines which kinds of handling and processing of data is allowed or requires the express consent of the affected person. California leans on the European model of the GDPR, but different form that it excludes smaller companies but only addresses to processors who generate more than 25 Mio USD sales, or hold more than 50 thousand addresses or sell more than 50% of such personal data. 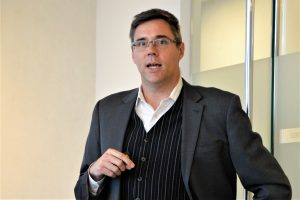