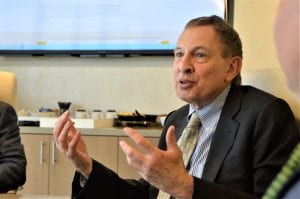 The US have implemented recent changes in tax law, explained Ian Shane, tax expert of Michelman & Robinson in the Alliuris Conference in L.A. . The US Tax Code is moving away from a worldwide tax system in favour of a territorial system. The new rules are similar to many European participation exemption regimes but amount to just a dividend received reduction (DRD).

Besides the federal income tax many U.S. states and cities also charge local corporate income tax. This is deductible against federal corporate income tax. But only corporate shareholders receive the DRD, and they must hold a 10%+ interest in the foreign paying corporation and have held those shares for more than 365 days after the shares become ex-dividend. For qualifying shareholders receiving qualifying dividends the result is 0% tax on dividends received. Only real dividends are considered to be a Qualifying Dividend, while deemed dividends under Anti Avoidance provisions of the Tax Code or foreign branch profits will not qualify.